Now and here, and at this hour, Christ comes unto you in the offer of his abundance.

When Jesus looked up and saw a large crowd following him, he said to Philip, “Where are we to buy bread for these people to eat?  [Jesus] said this to test [Philip] for he himself knew what he was going to do.  Philip answered him, “Six-months wages would not buy enough bread for each of them to get a little.”  One of his disciples, Andrew, Simon Peter’s brother, said to him, “There is a boy here who has five barley loaves and two fish.  But what are they among so many people?” John 6.5-9

The feeding of the multitudes is a story that appears not only in the Gospel of John, but also in Matthew, Mark and Luke.  The story is rooted in the Hebrew Scriptures, alluding to the Israel surviving in the wilderness fo forty years by eating manna, the bread of heaven.  Nonetheless, if we put the Exodus narrative aside and restrict our scope to the New Testament tradition, the multiplication of the loaves and has what Reginald Fuller (God bless him) calls quadruple attestation.  Whenever a narrative tradition survives in such magnitude, when it appears four times – once in each gospel account – we need to pay special attention.  We need to seek out, eat and digest the words – for these words are the bread of heaven, they are food for life.

The four gospel accounts of the multiplication of the loaves are similar.  Each story speaks of the miraculous.  The stories are about the feeding of thousands of people from an amount of food that would sate only a handful.  In each story, Jesus asks his disciples to consider the allocation of food for multitudes…  “Where [do you suppose] can we get food enough to feed these people?” Jesus asks.

In the stories, the disciple’s response to Jesus’ inquiry ranges from pragmatism to hopelessness.  The pragmatic response is that the disciples could send the hungry to a town or nearby village, to a place that might have food.  The hopeless one is that whatever they can scrape together, it certainly won’t be enough to accomplish the task of Jesus’ command.

The story ends the same way in each account.  Jesus tells the multitudes to sit down, miraculously multiplies the loaves and fish and all are satisfyingly sated.  And then each gospel quickly moves on to more stories.  The disciples don’t seem to be amazed, nor do the people.  The texts seem to suggest, or ask, “What after all, should be so amazing about allocating the abundant resources of the earth in way that all are satisfied?”

Only in Mark’s Gospel are we given a clue about that.   In an odd appendix to the miracle Mark inserts yet another miracle story, one where as the disciples watch Jesus walking on water they were “utterly astounded,” not because Jesus could walk on water but because “they did not understand about loaves… but their hearts were hardened.”

The Christocentric author of John’s gospel is a little easier on the disciples and brings a small and powerful witness into his reading or telling of the story.  In his version the pragmatism or hopelessness is buoyed by the wonder, imagination, trust and hope of a child.

At the outset of the story and at Jesus’ bidding, the disciples begin running to and fro, opening their bags and checking their tunics for something they will never find – food to feed the multitudes.  As they frantically search, their frustration grows and they look at Jesus and begin to blurt out at hime the disappointment they are experiencing because they realize that what Jesus has asked them to do, they cannot.  We know the feeling.  “Jesus, six month’s wages couldn’t buy enough food to feed these people!”

Then the miracle occurs.  A young boy, dirty, tired and hungry, makes his way through the crowds and stands before Jesus.  Arms outstretched, he holds up five small loaves of barley and two fish, and says, “I have these.”  In my heart I can see Jesus looking back at the boy and gently smiling, seeing not only a child of God but also a window of hope for the world.  In a matter of seconds the Kingdom of God has been realized for the world to see by the faith of the boy but just as quickly it vanishes in the hearts of the disciples… “What are these among so many people?”  But the boy’s arms reach out, past their doubt.  Jesus’ gaze lingers on the boy still standing in front of him and then looks over to Andrew and in disappointment at he and the disciple’s blindness says, “Ask the people to sit down, this boy has just given us the only thing we need.”

In the scripture quotation from John’s gospel at the top of this post I boldfaced one word:  he.  Personal pronouns can be tricky in scripture.  I used to read this passage thinking that  the “he” was referring to Jesus.  That Jesus asked Philip where they might find food enough to feed the people because he knew what he, meaning himself, was going to do. 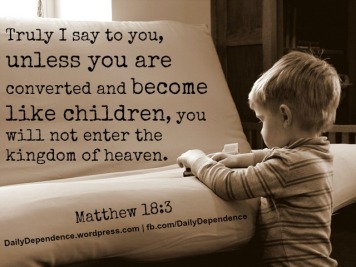 When i hear this story now I’d like to think that that “he” refers not to Jesus, but rather to the boy: When Jesus looked up and saw a large crowd following him, he said to Philip, “Where are we to buy bread for these people to eat?  [Jesus] said this to test [Philip] for he himself knew what the boy was going to do…

And I pray. Lord, give me the faith and the generosity of that boy, of a child.