The Beginning: One, Holy, catholic, Apostolic

In 1964 (the year that I was born), Pope Paul VI officially embraced the Eastern Catholic Churches in Israel, which today include (among others) the Greek Orthodox, Armenian, Syriac, Melkite (Byzantine), Maronite and Syro-Malabar churches, each of which have Patriarchs based in Jerusalem and who now exercise their authority with the blessing of the Latin Church.  Paul’s vision was one of unity for all Catholic churches.

In the mid 1960’s the Pope appointed a priest named Father Theodore Hesburgh to build an institute in Jerusalem with a vision of promoting the unity he sought.  Hesburgh may not be a household name for Episcopalians but he’s certainly worth looking up.  Hesburgh is a native of Syracuse, NY, was ordained in the Roman Catholic order of the Holy Cross and was president of the University of Notre Dame from 1952-1987 (in addition to Notre Dame, the Holy Cross order also oversees the college my daughter attended, St. Edward’s University in Austin, TX).  While a devout Roman Catholic, Hesburgh’s vision was characterized by “unity, but not by uniformity.”  He was a social activist priest, and while his activism was less radical than the likes of the Jesuit Berrigan brothers, he publicly spoke against the Vietnam war, and protested Nixon’s sending troops to Cambodia in a speech at Notre Dame that eventually took the form of a letter he sent to Nixon that became known as the “Hesburgh Declaration.”  Hesburgh served on both the US Civil Rights Commission and the National Science Board, was an advocate for immigration reform and is pictured below, arm in arm with Martin Luther King while singing “We Shall Overcome” after he delivered an impromptu speech at a civil rights 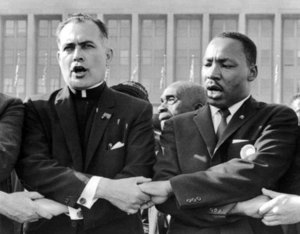 The land that Hesburgh found for the Tantur institute envisioned by Paul VI is located on a humble but majestic hill (in Arabic Tantura means hill/peak) between Jerusalem and Bethlehem.  The parcel was purchased by the Vatican from what was then Jordan and then leased to the University of Notre Dame for the development of what would become The Tantur Institute for Ecumenical Studies.  Groundbreaking for the institute began on June 4, 1967, literally one day before the outbreak of the Six-Day War.  Within a week, the land on which the institute resides was under Israeli sovereignty.

Tantur officially opened as a center for ecumenical studies in 1972 and amidst its development (and among two lengthy interruptions caused by the first and second Intifada’s), Tantur has remained a center for scholars, clergy, university students, and doctoral fellows working to discover, within the truth claims of their own faith, Hesburgh’s vision:  “Unity, not uniformity,” for all people of faith.

While the impetus for Tantur was ecumenical, today its mission is not only the promotion of dialogue among members of Christian churches but is also a center for relationship building between the Abrahamic faiths of Jews, Christians and Muslims, and an institute for promoting peace amidst the incredibly complicated conflicts between Arabs and Israeli’s and between Israeli’s and Palestinians.

Ironically, a few months ago with this blog I reported to you from the wall between El Paso, Texas, and Juarez, Mexico. Today I write this post from a chair by a window through which I can literally see (or walk to in a matter of minutes) another wall: the border crossing between “Jerusalem” and Bethlehem (in the West Bank).  All of that is to say that if you were to send me a letter while I’m here you’d write to a P.O. Box in Jerusalem, and in doing so you’d be writing to an address that virtually no other nation-state but Israel, would accept as legitimate.  Idyllic as this olive-tree covered hill is, I’m living for a time, in what many consider to be the occupied land of Palestine.  Pictured below is the tower that is the entrance to Tantur today, looking East, toward the Dead Sea.  The Tent of Nations, a ministry our parish supports with annual olive oil sales, is located about 5 kilometers to the South. 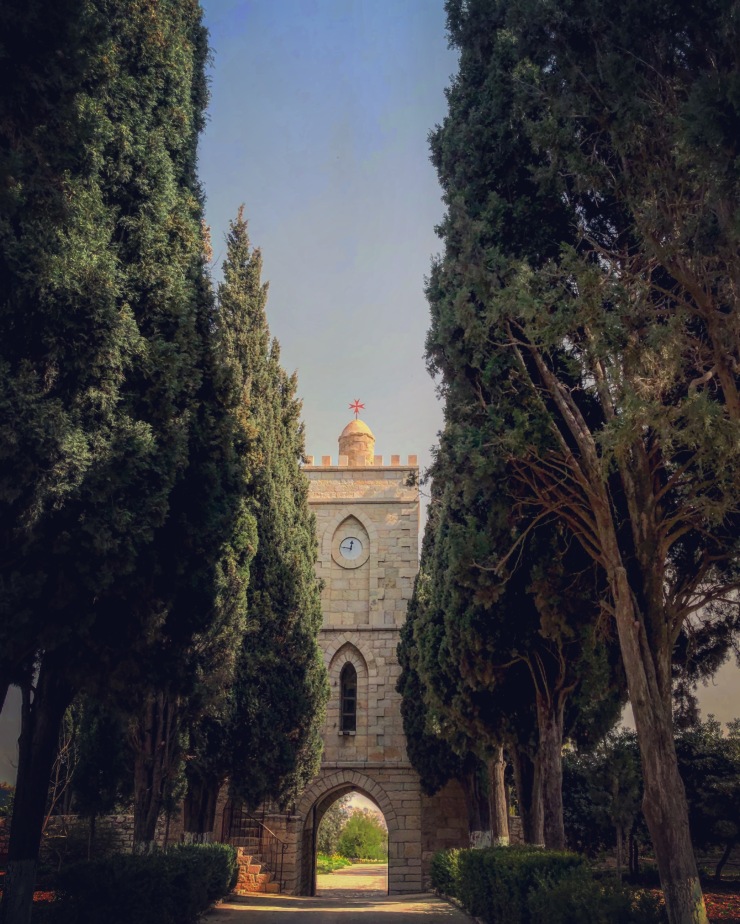 Pray for the peace of Jerusalem! May they prosper who love you! Peace be within your walls, and security within your towers! For my brethren and companions sake, I will say, “Peace be within you!  For the sake of the house of the Lord our God, I will seek your good.    -Psalm 122, A Song of Ascents